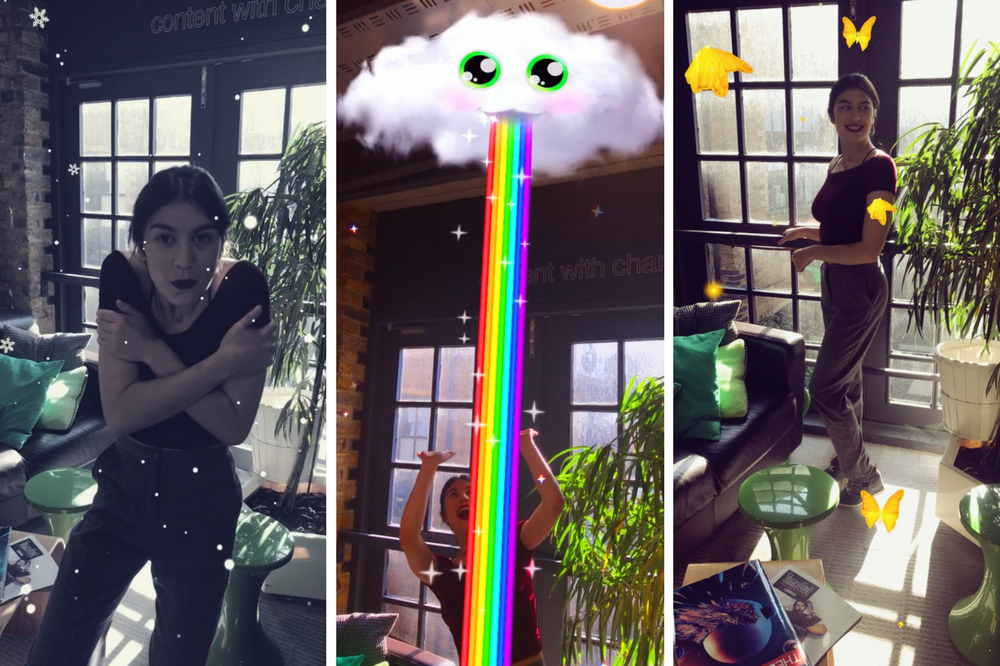 Launched in 2011, Snapchat has taken the world by storm and become one of the most widely used photo sharing apps. In fact, according to new studies Snapchat now ranks as the most popular social media app among teenagers and young adults. Despite its origins as a photo sharing application, video has become an important feature of Snapchat, with 8 billion mobile videos currently viewed per day!

Snapchat’s new feature ‘World Lenses’ has taken augmented reality (a live, direct or indirect, view of a physical, real-world environment whose elements are augmented by sound, video, or graphics)  to the next level. The new update adds artificial visuals to the rear of the camera, to give a unique dimension to your photos and video.

At the tree, we had a play around with Snapchat's new feature. Take a look below:

We found the new feature to be extremely interactive and fun to use. With this social network getting more and more creative, it’s a given that Snapchat will become one of the most successful future apps for the younger generations; as young people have become accustom to the digital age, they need far more simulation when it comes to using technology.

We think Snapchat’s new ‘World Lenses’ feature is innovative and exciting; we really look forward to the new creative angles Snapchat will create in the future.