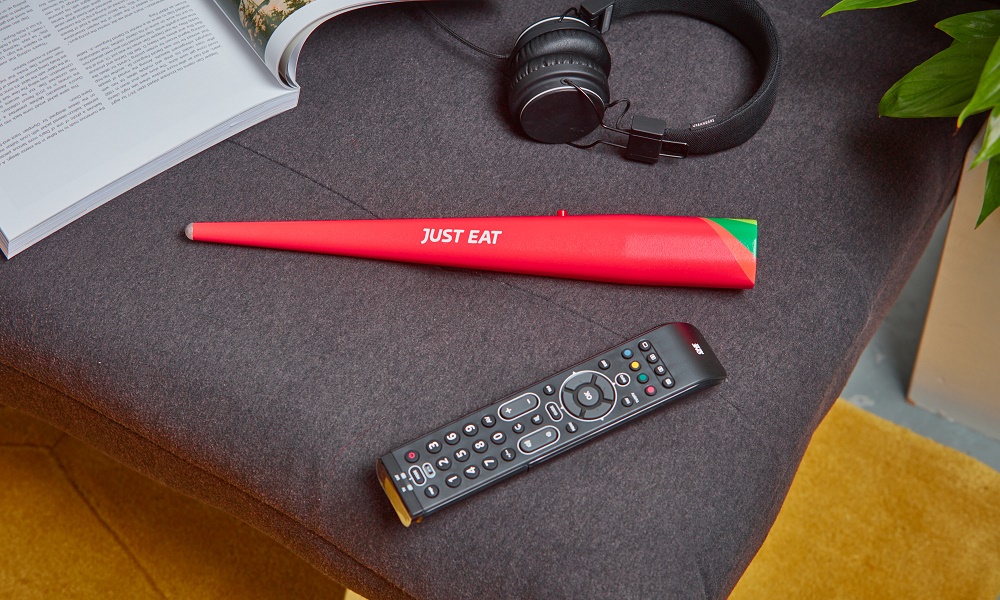 As a marketing agency in which quality, engaging content underpins everything we do, we’re constantly pushing ourselves in new and exciting directions, and in the process creating unconventional and captivating forms of content.

Recently we joined forces with fast food Titan – Just Eat - to create an innovative and fun new way to order your favourite takeaway.

Tying in with their ‘Magic is Real’ campaign which centres around a La La Land style TV ad, we worked alongside Just Eats’ communications partner – Mission -  to create a high-tech magic wand which allows customers to order food with a Harry Potter-esque flick of the wrist.

While on the surface this may seem like a fairly simple undertaking, there were numerous moving parts that needed to come together and a lot of sophisticated technology that needed to be packed into the device.

The wand allows customers to order a meal without accessing their smartphone or computer.  They simply wave the wand and an order is placed – with different ‘wave gestures’ corresponding to different cuisines or dishes.

What made this project so exciting was the new technologies and solutions we had to explore and implement in order to bring it to life.

The first challenge was to design and develop a bespoke app from the ground up. Our team of designers and developers jumped on the challenge and within a few days, we had a fully functioning, Just Eat branded app that could communicate with the wand directly.

The wand communicates to the app using Chirp™ soundwave technology.

Chirp™ technology encodes data into a series of audible or inaudible near-ultrasonic pitches and tones to form a "sonic barcode". The phone’s microphone then detects this sonic barcode, relays it to the app and, hey presto, the order is placed!

Because Chirp™ encodes sound to transmit information – rather than traditional methods like Wi-Fi or Bluetooth, it means that future applications for this initiative are far reaching – for example, a radio advert could play a Chirp™ which would give you a food discount.

The wand itself was fully 3D printed, and fitted with custom built microcontrollers, speakers and LEDs.

All in all the device and initiative were very well received and enjoyed widespread press coverage.

This project was great fun to work on and really allowed us to stretch our creative muscles, but more importantly, it’s a showcase of content marketing approached in a more non-traditional way.

Pioneering new forms of content, and engaging with audiences in novel ways is something we pride ourselves on here at the tree, and have plans for much more of this in future - watch this space.

If you’d like to find out more about this project or would like to work with us on something similar, get in touch.