Home / Blog / How do you Produce a Piece of Content Marketing that gets Consumed by Millions? Make it Playable

How do you Produce a Piece of Content Marketing that gets Consumed by Millions? Make it Playable 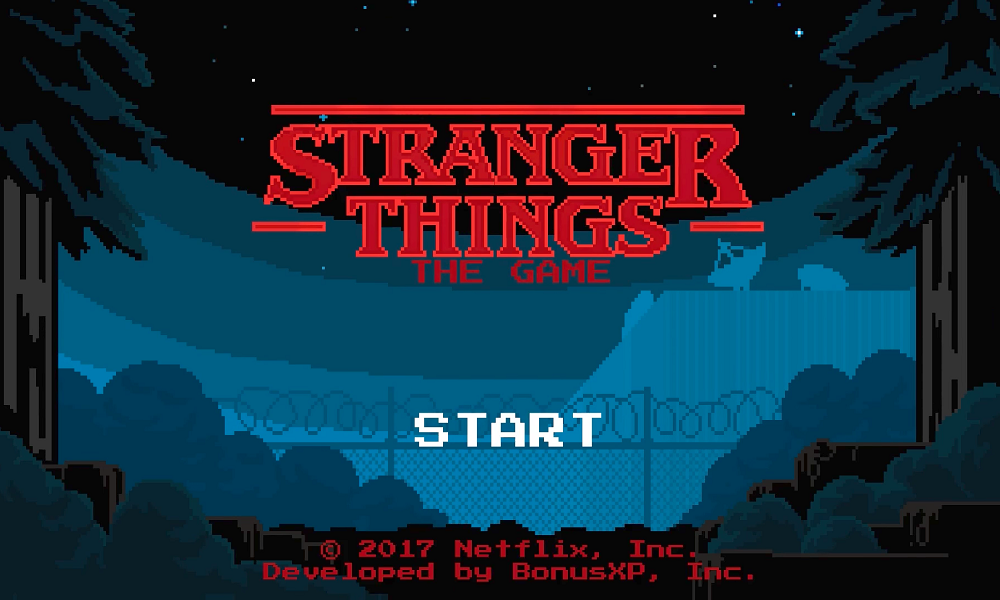 Here at the tree we’re always on the lookout for particularly exciting pieces of content marketing – and when it happens to be in the form of a mobile game that has millions of downloads and 5-star ratings across the board, we tend to pay attention.

Stranger Things The Game (STTG) is a perfect example of content marketing done right, so much so that I was compelled to reach out to the CEO of the development company behind the game to find to out how it all came together and what it was like working with Netflix on the project – skip ahead if you want to get straight to that.

It’s rare when a piece of marketing or advertising comes along that’s so engaging you don’t even realise something’s being sold to you. It was only an hour or so into the game that it struck me that this was a marketing effort through and through, but one executed with love, care and finesse by teams clearly dedicated to their craft. STTG is a head-scratchingly fun, retro RPG that hits all the right notes and is a perfect complement to the TV series – clearly illustrated by its incredible reception.

The game is 100% free to download, with no ads or microtransactions. This is uncommon in today’s ecosystem, and it illustrates the thought process behind the creation of this gem – get it into as many hands as possible to boost interest in the Stranger Things brand ahead of season two’s release.  What’s so perfect about this game is that it is great to play even if you’re not a fan of the series.

Even those uninitiated to the joys of Stranger Things might see a friend playing the game or come across it in the app store, download and play it for a few hours and then think “I need to watch this show…” – which of course you need a Netflix account to do. To reiterate here, my girlfriend – whose foray into mobile gaming has involved nothing but crushing the occasional piece of candy - played for 9 hours straight until 2am on a Sunday to finish the game.

I think it’s often easy for marketers to forget that content needs to be created for more than just the sake of creating content. It would have been so easy for the Team at Netflix to commission a somewhat uninspired tie-in that was lacking in substance but was just quirky enough to get press coverage. Instead they invested time and money in producing something that has inherent value as a piece of content itself, not just because it has a big name attached to it. To me this signals content marketing success as it doesn’t feel like you’re being marketed to (spoiler alert – you are).

I’d love to see more brands engaging in this kind of activity, creating content outside of the traditional “blog post, infographic, whitepaper paradigm” and this is something that we at the tree are constantly exploring – games included (watch this space).

Yes, marketers use new technologies to create awesome content, but it’s always great to see content that stands firmly on its on legs, and doesn’t need to lean on the brand it’s been created for to work.

Below is a conversation I had with Dave Pottinger, the CEO at BonusXP, which should give you some idea of what it was like working with Netflix on a Stranger Things The Game

1. Dave, it’s been an absolute joy playing through STTG, can you tell me briefly how this partnership came about? Why and how did Netflix approach you guys to build this game?

[DCP] The game industry is still a rather small community. We knew some of the folks at Netflix from back when we worked on Age of Empires. We got to talking after Season 1 came out. That eventually turned into pitching a game. We pitched a couple of different ideas. To their credit, Netflix opted for the larger, more exciting idea that became Stranger Things: The Game.

2. In the development process did you work with the Stranger Things and Netflix teams much or was it quite autonomous?

[DCP] Both, actually. We had exchanges with them just about every week. Early on, we were fleshing out the larger pieces of the game. How many dungeons would there be? Did we have the best character line-up? As soon as we had something playable, we shared it with them and integrated their feedback into our normal process. Near the end, we ran the script by them for approval. We worked very closely with them the entire time, but they also let us run with our vision and make the game. I think our pre-existing relationship helped seed things that way from the start. I like to think the way that we treated the material and the quality of the game continued to earn trust as the process went along.

3. What was it like working on a game based on another IP rather than your own original creation? Where there constraints that made this difficult?

[DCP] We've worked with licensed IP in the past, so we knew a little about what to expect. When you work with someone else's IP, I think it's imperative that you really love and understand the franchise. If you're not a fan, why are you working on it? We absolutely were fans. That drove our interest in the project. Hell, the primary designer for the project dressed up as Barb for Halloween four months before the project even existed! In any event, we were prepared for a process with a lot of checks and revisions, but it turned out to be an excellent collaboration. There were constraints, of course, but they all made perfect sense. In some ways, the box we had to stay in helped keep us in line and on track with the scope.

4. What was the creative process like for this game? Did it involve watching hours and hours of the series?

[DCP] We did watch the series quite a bit, yes. One person streamed it at his desk every day for at least three months. We jumped 'all in' and didn't look back. We've always wanted to make an exploration-based action adventure game, so we had a lot of pent up ideas. Once we winnowed them down to a cohesive design, the big question was how they would play out when they were finished. Would everything be fun? The Sewer Dungeon is a good example. From a production standpoint, it was a terrible idea. There was a lot of upfront tech work for the unique gameplay element there. If it didn't work out, we wouldn't have anything to show for it. A couple of folks fought really hard to give it a shot, so we scaled back in a few other spots to buy ourselves some time in case it didn't work out. We built a small prototype of 3 rooms (as we did for every dungeon). The risk proved worthwhile; that's generally considered the best dungeon in the game.

5. When creating STTG did you approach it as a promotional tool for the series? Did this have a big impact on creative decisions?

[DCP] Well, STTG doesn't exist without Netflix deciding to make a game to promote the series. So, it clearly is a promotional tool. But, I don't think we ever approached it that way. It was always about making a fantastic game. Netflix was supportive of that process all the way through. Our discussions (internal to Bonus and with Netflix) were always "Is this fun?" and not "How will this appeal to demographic 43B?". If anything, Netflix and the Duffers egged us on; they wanted us to go all in on making the best thing we could. That was awesome to hear and really energized our team each time we got that feedback. We did stress about the completion date a fair amount; it's not like they were going to delay the series because of our game. I think we did a good job threading the needle there, though. Just about every feature had a backup plan, etc.

6. What are your thoughts in general about using games as tools to promote other content? Do you think we are likely to see this trend grow?

[DCP] I see it all over the place already. The idea that gamers are just these 20-something dudes is toast. So many people play games nowadays. I think you'll see more and more game tie-ins. For STTG, we knew we had something fun, but it was so much larger and involved than a typical promotional game. We were unsure how the fans would react. It's been very encouraging to see how much they love it. I think that's a testament to some smart decisions we (Bonus and Netflix) made early on with the type of the game. I don't think Stranger Things Match 3 would have been a great choice;)

7. What was the biggest challenge in bringing this game to life?

[DCP] The schedule was very short. When we started, we had 8.5 months to finish everything. We had our shared codebase to leverage, but we didn't have a faux-80s, sprite-based world engine. Fortunately, we have an incredible programming staff. They piled on the project for a couple of weeks after the 2016 holiday and got things running quickly. We had to staff up a bit, too. Because the game industry is small (as referenced above), we were able to hire three people that we had previously worked with at other studios within a week.

8. How did it feel being able to make a game for which there was absolutely no monetization aspect? Liberating?

[DCP] 'Strangely familiar' is perhaps a better phrase. A lot of us have been around the industry for a while, so we wound the clock back 20 years and made a game like the old days. It was a nice change of pace. But, since we (Bonus) run the studio where everyone is involved in everything and we have two other projects with monetization, it's not like we could just put that on the shelf entirely as a studio.

10. Anything else you want to add? General thoughts and feelings on working on such an amazing game backed by such great IP?

[DCP] We had a blast working on this project. It was fun for us to get to do something new, but I think we all learned a lot, too. We knew that there was some magic in picking the right type game for an IP, but this has shown how important that is. The Stranger Things fans are a pretty great lot, as well. We were surprised at just how much they loved the game. The downloads have been astounding and blew away all of our expectations. I don't think anyone expected STTG to be so successful.

So if you’re a fan of Stranger Things and you haven’t checked out STTG then honestly, I don’t know what you’re waiting for, go play it. Now. Even if you’re not a fan then go and check it, it’s a good ten hours of good, head-scratching fun.