Home / Blog / Gillette's leap into the unknown, and how to get political marketing right

Gillette's leap into the unknown, and how to get political marketing right 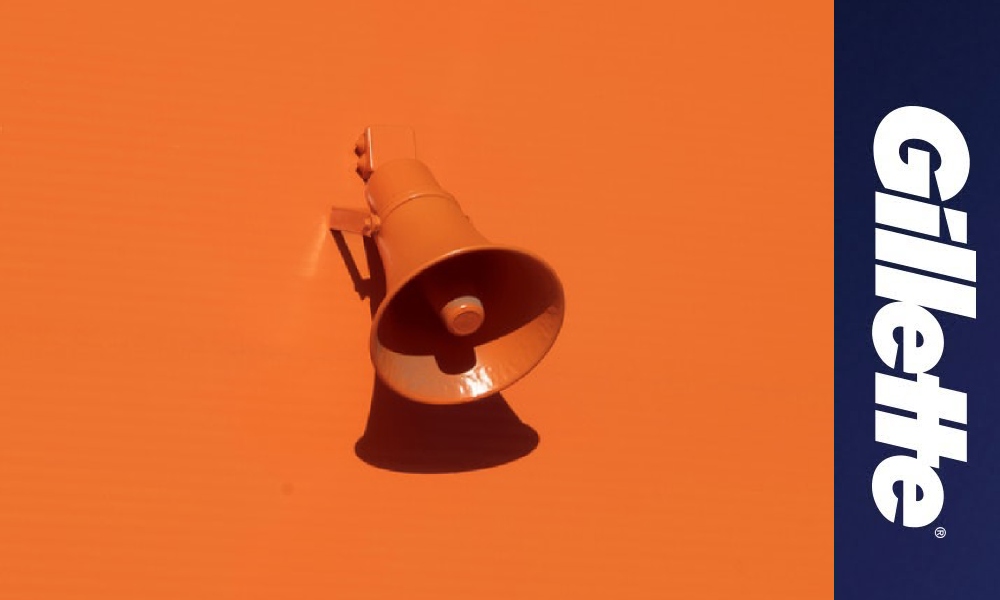 Gillette’s ‘the best a man can be’ campaign caused extreme reactions with its commentary on gender politics. It’s left us wondering – should brands be weighing in on sensitive political topics? And if so, when should political messages be part of your marketing strategy?

Angry doesn’t begin to describe some of the responses to Gillette’s recent ‘We Believe: the best a man can be’ campaign. Despite the video ad being released only in the US (its release coincided with the ad-amplifying Superbowl event), it has unleashed a torrent of controversy around the world, with some going as far as boycotting the brand in protest.

Its message, confronting toxic masculinity and urging men to be better, kinder versions of themselves, has been described as “emasculating”. Some former customers have gone as far as smashing up, binning and even flushing their Gillette razors in protest. Others have pointed to the feminist credentials of the ad’s mastermind, director Kim Gehrig, as a source of bias. (She was responsible for the UK ‘This Girl Can’ campaign.)

Gillette’s stated aim was to ‘generate conversation’ with the campaign, and it’s fair to say they’ve succeeded. Although whether they’ll have talked themselves out of profits by doing so remains to be seen.

A new question for marketers

Whatever your position on feminism and the role of traditional masculinity, there’s a strain of objections to the ad that are worth considering, and those are about whether the brand is qualified to wade into the debate. Some are asking whether Gillette, which is after all a purveyor of grooming products, has a legitimate voice here. Outspoken presenter Piers Morgan suggests that it’s cynically ‘virtue signalling’ by piggybacking on the #MeToo bandwagon, rather than expressing an authentic brand message.

Putting it rather more kindly,“it is possible to think #MeToo is incredibly important and support a world in which men are more respectful and kind, but at the same time not believe it’s really Gillette’s space to talk about it,” as Dan Cullen-Shute of Creature London told the Guardian

The idea that a business has cynically shaken the hornet’s nest and stirred up outrage and distress on a global scale, all in the interest of selling a few disposable razors, is an unpleasant one. But it’s a point to carefully consider, particularly if you’re a brand weighing up the costs and benefits of ‘going political’.

Gillette isn’t the first brand to venture down the path of politicised ads. Here are some other examples – some successful, some not so much.

Gillette is far from alone in seeking an ethical cause to align with. Brand purpose, the idea that a brand has a role to play in changing the world and can leverage this for business success, has become something of a buzzword in branding circles.

Jim Stengel (interesting, an ex Proctor and Gamble employee) wrote a landmark book called ‘Grow: How Ideals Power Growth and Profit at the World's Greatest Companies’, and is one of a growing number of brand purpose consultants helping businesses to find their raison d’etre – and turn it to a profitable advantage.

A higher purpose, the idea goes, gives businesses more drive, coherence and charisma than their competitors, and allows them to grow faster and become more resilient. As well as impacting positively on a business’ bottom line, the value of a well-developed brand purpose can also be felt in increased employee engagement and morale.

The idea is closely linked to CSR and community engagement, which isn’t radically new. And in practice, the brand purpose top 100 index looks surprisingly similar to any other list of huge blue chip companies.

What happens when the politics is the brand?

Perhaps the most successful examples of politics in branding stem from companies who start out with a consciously political offering and build their products and services around a set of values they share with their customer base.

One example is ethical cosmetics giant Lush – few brands could have gotten away with some of their more extreme campaigns, which focus on environmental issues, human rights and the banning of fur and animal cosmetics testing. Some might say they took a step too far with 2018’s #SPYCOPS, which attacked undercover police work targeted at activists. Facing significant social media backlash suggesting that the campaign was ‘anti-police’, Lush pulled the displays from their stores.

Extremes aside, Lush has found success by being openly political from its first days, and placing all of its products, company policies and marketing under the same strong political umbrella. Its rock-solid brand identity stems from a complete and unusually zealous sense of authenticity throughout the company, and this integrity has taken the brand from strength to strength. For example, its turnover grew more than 25% from 2016 to 2017 according to the latest company records[SF2] .

It’s the same story with Jamie Oliver. While this time we’re talking about a brand built around a single personality, rather than a company, the principle is the same. There is a strong and consistent thread running through Jamie Oliver’s media, products and enterprises, which is the idea of getting people to eat better food. His campaigns for better-quality food in primary schools during the early 2010s gained power not only from the height of his celebrity, but by the authentic personal passion he brought to his cause.

Politics and activism comes naturally to brands when it’s there from the start, rather than opted into at a later date, and these types of companies are in the best position to make strong statements and campaign hard for change without damaging their revenues or brands.

What are Gillette’s political credentials exactly?

In the light of these other brand’s stories, we can start to see where Gillette strayed onto thin ice with ‘Best a Man Can Be’.

Historically, Gillette’s contribution to gender politics has basically been to present stereotypical masculine imagery in its ads. They’ve specialised in pointing to muscular, heterosexual clean-shaven men as the desirable ideal. In short, about as far as you can get from considered social commentary. Where did their sudden zeal for social evangelism spring from?

According to the Gillette US website, the brand feels that it has “a responsibility to make sure we are promoting positive, attainable, inclusive and healthy versions of what it means to be a man”, and is donating $3 million over three years to organisations aligned to this cause.

In and of itself, the “Best a Man Can Be” campaign is coherent, and for some people, powerful and effective. But looking at the bigger picture it feels strangely adrift from the brand’s overall positioning. Rather than describing a social and community-focused role over the last 117 years, the company’s ‘Our History’ page is focused solely on the evolution of blade design.

It’s also interesting to compare the main Gillette brand with Gillette Venus, aimed at women. The sister brand, far from aligning with the message aimed at men, seems to have entirely missed the memo. Its products and content seem much unchanged from the fare of the last few decades – pastel toned products, images of attractive white women exposing smooth skin, and blog posts on how to get the perfect shave.

Putting it simply, Gillette has pretty much burst into a conversation it had no prior role in whatsoever.

Can brands ever avoid politics?

In the early days of advertising, it may have been possible to create ads that raised product and brand awareness, no more no less. But we’ve come a long way since then.

Nowadays, advertising and marketing have reached heights of sophistication which allow them to reach deep into society. Analytics and personalisation immerse marketers in the details of human lives, and you could argue that the marketing industry knows more about human nature than anyone else. Then there’s social media – arguably the biggest shift in society since the industrial revolution, and one that put consumers and companies in one-to-one conversational reach of each other.

In that context, is it really realistic to expect brands and advertising to be politically neutral? After all, politics exists in every sphere of humanity – it’s just a part of who we are. Whether brands can actually sit on the fence at all without losing all credibility is a valid question.

Marketers don’t necessarily agree that political advertising is inevitable. A US survey found that just 21% of marketers thought that brands should take a political stand. However, 64% of consumers make purchase decisions according to the social or political positioning of a brand, according to a 2018 Edelman report. There are some places politics just shouldn’t raise its head though. A two-thirds majority of American respondents to a recent poll felt that brands shouldn’t bring politics to the Superbowl.

We can probably agree that not every brand should be jumping into debates with all guns blazing to the extent that Gillette has – although it’s certainly an effective way of generating publicity. But if you choose to take a conscious political stance in your marketing, what are the rules of play?

How to get it right

The hard fact about political ads is that they will be, to some extent or another, divisive. Unless the issue your ad touches on is niche enough to go over most people’s heads (in which case… why would you bother?) you will gain detractors as well as plaudits for your work.

The lessons from the case studies we’ve looked at in this article point clearly towards a strategy of authenticity. The more obviously aligned your company is with the political message you choose, the more chance your campaign has of being perceived as credible and genuine, rather than grasping for a strategic cash-in.

We’d advise any brand interested in moving into political messaging to take careful stock of its track record in marketing, and the values it has consistently aligned to from the start. These are the places to begin looking for a cause that’s truly close to your heart, and those of your customers.

And while not everyone is going to agree with the message, you can at least dodge some of the Piers Morgan-style flak about cashing in on a trend.

Looking for an experienced team to guide you through the costs and benefits of politics in marketing?