Festive campaigns sleighing it in 2019 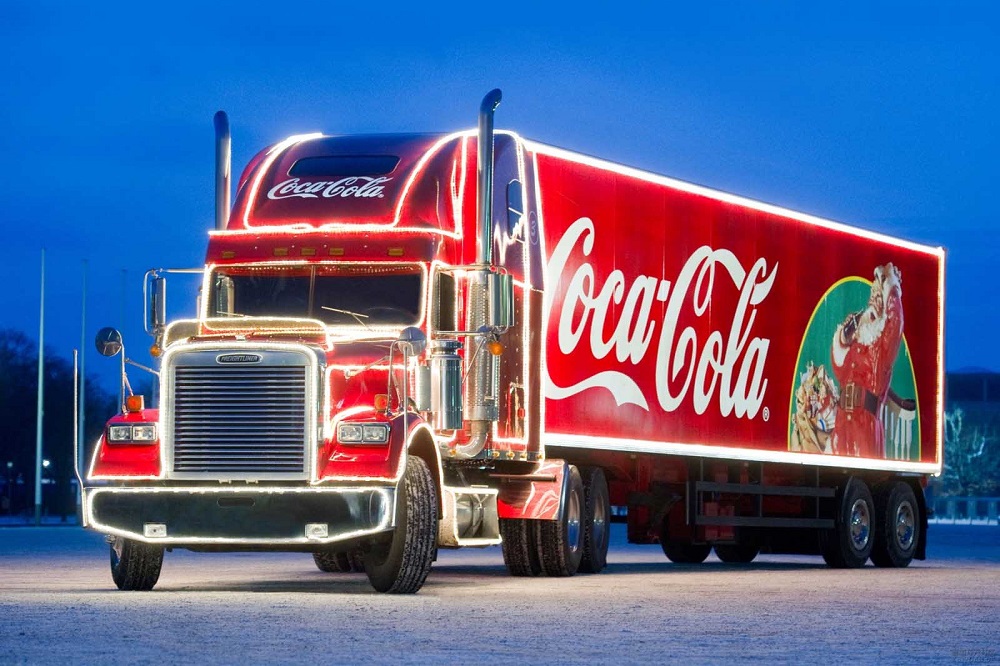 You know the most wonderful time of the year is upon us when you begin to see Christmas decorations going up and your favourite brands unveiling their festive TV adverts and campaigns. This year is no different, brands have knocked it out of the park yet again with amazing creative Christmas offerings, bigger and better than the year before. Brands ranging from retailers, tech giants, food and beverage companies as well as toy production brands have release their integrated Christmas campaigns utilising more mediums than ever before in a truly omni-channel approach. Below are a few Christmas campaigns that have caught our eye this year.

Coca Cola’s annual holiday reminder has won the people’s vote for the nation’s favourite advert series of all time. The Coca-Cola truck has firmly established itself as a Christmas icon, acting as an indicator that Christmas preparation has truly begun. Apart from the deluge of Christmas trees, snowmen and Christmas lights, we know it’s that time of the year when we spot the illuminated red truck patrolling the streets. That’s right, Coca-Cola’s 24-year-old “Holidays are Coming” advert is back again.

For social media, the campaign was launched with a 10-second video with the hashtag #HolidaysAreComing and instantly received positive feedback from followers. Additionally, to increase social media engagement, Coca Cola released their very own bespoke Snapchat lens as well as a partnership with the navigation app Waze, with the intention of increasing sales as Coca Cola Santa can now offer directions to the closest location where one can buy the nations favourite soft drink.

The campaign has also been supported with several other activations, which included a series of consumer driven live stream takeovers. For 90 minutes fans were able to stream their favourite Christmas songs on the Piccadilly lights with an accompanying choir encouraging passers-by to sing along to the live streams.

The campaign has been incredibly well received and has further indemnified the Coca Cola marketing team as true leaders in their field.

As the nation’s biggest knitwear retailer, it only makes sense that Marks and Spencer would go large once again with this year’s Christmas campaign, encouraging its customers to buy jumpers during the festive period. A third of M&S’ clothing and home sales are as a result of online sales so it’s a given that M&S would concentrate the campaign largely on digital channels.

This campaign has been executed across multiple platforms including a fun-filled TV advert, music playlist and social media offering, being seen and engaged with by families all around the UK, falling perfectly in line with M&S’ strategy to broaden family appeal. M&S is expecting to see a spike of five million sales in jumpers as a result of this campaign. The thought, effort and creativity behind this campaign is a reason why M&S’ ‘Go Jumpers’ campaign has naturally caught our attention.

One of the unique features of this campaign is the Spotify playlist element which aims to further engage with potential customers. The Spotify playlist includes 12 tracks including Jump by Van Halen and Jumpin’,  Jumpin’ by Destiny’s Child.

On social media, M&S decided to run an interesting competition, which involved customers recreating the ‘shoulder rolling’ that was featured in the original video advert in their M&S knitwear. A third of M&S spend also went to video-on-demand and accumulated 150 million impressions on social media. This is a massive increase compared to their social media campaign from last year.

M&S also partnered with Mail Metro Media to produce its first ever video-embedded cover wrap. We see the M&S Christmas jumper ad playing on the cover of mini screens on the front page of the newspaper, including pause, stop and adjustable volume functionality. This was offered to over 50,000 commuters receiving Metro newspaper in Waterloo, Euston, and Liverpool Street stations.

This has no doubt been an innovative and creative approach to getting the campaign in front of thousands of Londoners, however a number of people have taken to social media to express their disapproval of the screens being put on newspapers which are easily thrown away after one read. This goes against M&S's goal to help build a sustainable feature.

Nonetheless, this was a good attempt by M&S to bring an ad to life for Londoners, rather than isolating viewings to  smartphones.

Lego Christmas display at The Savoy

Our third favourite Christmas campaign has to go to the LEGO Group, who have partnered with The Savoy for a new festive experience following the recent launch of LEGO's biggest-ever global brand campaign, ‘Rebuild the World’. They have coupled this campaign with a charitable initiative, warming the hearts of many. This global brand campaign was aimed at inspiring people to champion the importance of creativity as a key 21st century skill.

In order to inspire people to embrace creativity and imagination during this festive season, LEGO have used areas of the Savoy as their creative canvas to create ‘The Twelve Rebuilds of Christmas’. According to Nicola Morgan-Hulme, the Senior Brand Relations Manager at the LEGO Group, the purpose of experiential partnership was to inspire individuals of all ages to unleash the creativity and imagination within them.

From November, guests at the Savoy have been greeted by a dressed to impress, dragon shaped Christmas tree in the hotel foyer. The dragon is made up of 150,000 Lego bricks, which took about 600 man hours to build.

In order to encourage guests to put their creativity into action, throughout the festive period they'll have the opportunity to attend workshops run by LEGO Certified Professionals, helping guests build festive decorations. Every decoration built and shared using #BuildToGive will result in The LEGO Group donating a product to a child in need within hospitals, children’s homes and under-served communities this Christmas, making this campaign extra special and meaningful.

With so many brands rushing to capitalise on Christmas, and usually producing their biggest campaigns of the year, is is becoming more difficult than ever to stand out. We feel that the above have really done something a bit different this year, and in turn have successfully engaged with their audiences in meaningful - and memorable - ways.

What have been your favourite campaigns this festive season?  Let us know!