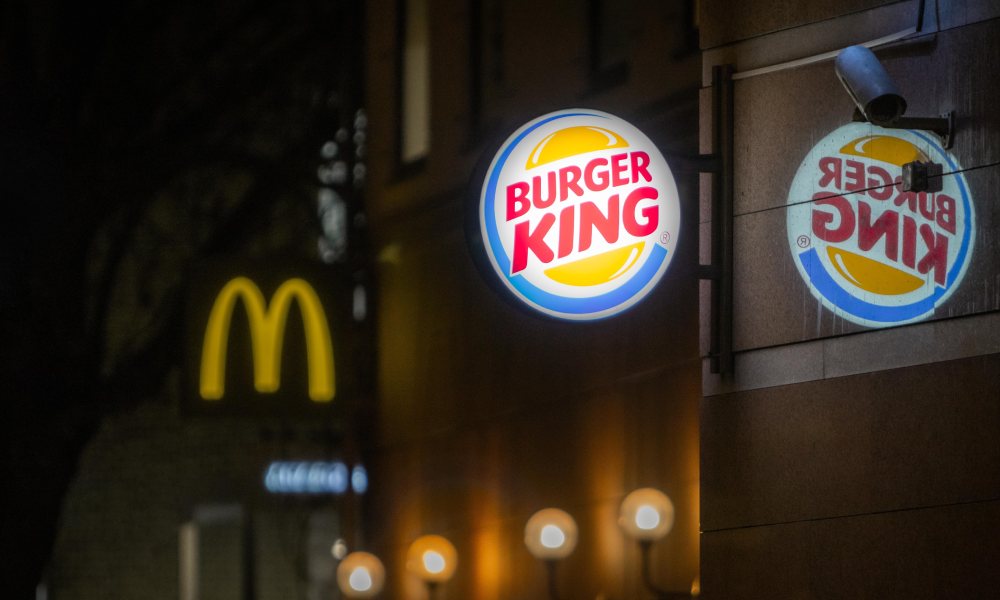 In the last few weeks, Burger King has been the focus of numerous news headlines due to a bold advertising move, taking a political stance on the pressing matter which the UK cannot escape at the moment - Brexit and the election. I wanted to take a quick look at whether it’s safe for Burger King to play in this arena, and what has led them to this point.

To get a feel for Burger King’s current advertising approach, let’s look back over previous years and campaigns to see what the journey has looked like so far.

Burger King has never been one to shy away from controversy and confrontation in bold, sometimes brash, campaigns. A perfect example of this was in March 2019 when they debuted ‘Burn that Ad’. As the name suggests, Burger King encouraged the public to download and use the Burger King app to ‘burn’ competitor’s ads using augmented reality. Allowing people to manipulate competitor’s ads in real time was a masterstroke and a great way to employ this fledgling, buzzword technology. The fast food brand also offered a free Whopper to anyone who burnt an ad, delivering viral reach.

This was also a huge driver for Burger King’s app and gave them the opportunity to gather data on consumers, which they could then feed into future campaigns.

Staying on the theme of flaming – a reoccurring feature of Burger King's adverts – back in 2017 Burger King kicked off an award winning campaign featuring their tagline ‘flame grilled since 1954’. This ad took a somewhat sinister approach to promoting the flame grilled burgers by using a stat that many restaurants would likely aim to keep quiet. The ads highlighted the fact that more Burger King restaurants have burned down than those of any other fast-food chain. Burger King successfully spun this stat to promote their burgers using their iconic  ‘flame grilled since 1954’ tagline. The ad shows a striking image of a Burger King restaurant in flames as fire fighters surround the scene. This printed ad was at the very least attention grabbing with the distressing image being employed to exaggerate Burger King’s USP. Bravo BK.

Arguably the most controversial ad from Burger King surfaced in 2009 to promote their new 7-inch cheeseburger – you can probably see where this is heading… The ad, released in Singapore, was quickly withdrawn due to the controversial imagery and copy. The strap-line - 'It’ll blow your mind away. Fill your desire for something long, juicy and flame-grilled with the New BK Super Seven Incher.' needs no explaining. Due to the tasteless nature of the ad, Burger King was forced to stop running it but the ad did seem to do it’s uhh...job - getting people talking about the new burger and in turn brand, after all any press is good press as they say. This time Burger King crossed the line, but likely did it intentionally, their marketers clearly know what they’re doing and this was by no means the last time Burger King would dip its toes in controversial waters.

From the sordid to comical, Burger King once again pokes fun at their golden arched rivals. This ad was featured on billboards in major cities, reading ‘silly Whopper, that’s a Big Mac box’. This dig at its main competitor speaks for itself, clearly illustrating the point that the Whopper is a bigger, and in turn better, cow sandwich. It’s a simple ad, but it speaks volumes and is a great example of confrontational advertising.

So Where Is Burger King Now?

Despite Burger King’s continuous assault on their key competitor , McDonald's still reign supreme, enjoying the highest market share and brand equity among all fast food brands in 2019. Amongst the list Burger King ranks a respectable 7th, trailing McDonald's, Starbucks, KFC, Subway, Domino’s and Pizza Hut. So today, how are Burger King attempting to climb the list?

Burger King’s newest campaign, and yes you guessed it, it’s a controversial one, takes a political stance on undoubtably the most divisive political event in recent UK history. This time, the fast food chain has placed a rather pithy set of ads on the side of London busses. Burger King’s approach here is to stir up controversy and in turn stimulate conversation by poking fun at Vote leave’s ‘Brexit battle bus’. The bus made headlines back in 2016 due to its bold statement “We send the EU £350 million a week lets fund our NHS instead, Vote leave” which was simply untrue. Due to this, the campaign was heavily criticised and an attempt was even made to press criminal charges against Boris Johnson over the claim, however these were later dropped.

In a stroke of genius Burger King donned London busses with “Another whopper on the side of a bus, must be an election”. A spokesperson for Burger King said, "As the Home of the Whopper, we felt that if anyone has the right to stick Whoppers on the side of a bus, it's us. So naturally, we've taken the opportunity to shine a light on our iconic Whopper in all its flame-grilled glory."

It’s a bold move, and one that is likely to attract both scorn and adulation.

Have Burger King Done The Right Thing Taking A Political Stance With Their Most Recent Ad Campaign?

You simply cannot escape politics talk in the UK at the moment. Burger King is all too aware of this, and has managed to tap into the zeitgeist to once again create an un-ignorable ad. The ad, which has run on only a few London busses, has enjoyed eyeballs well beyond its placement due to social media and the ads viral attributes. On top of this news outlets can’t get enough of election talk and as such the ad was quickly picked up by numerous outlets giving BK even more reach.  This smart strategy from Burger King has allowed a small campaign with a relatively low ad spend to reach a massive audience.

But is all that extra attention worth it if you could potentially alienate part of your audience by taking a stand politically? In politics there is always more than one side, and a large portion of the UK supports Boris Johnson and the Tories – as evinced by the recent election result. Could that audience be put off by Burger King throwing shade at the man who is set to lead the country for the next 5 years? Burger King presumably did the calculation and decided to go for it, but it’s a risk nonetheless.

On this occasion, it seems Burger King have got it right, with generally positive coverage and public response with one Twitter user going so far as to say: “I’m going to vote Burger King as prime minister”.

Is It Just Burger King Capitalising On Political Issues?

It’ll come as no surprise that Burger King are not the only ones leveraging the election and Brexit as a marketing tool. Another string of ads that can be found on the London Underground at the moment belong to Monday.com – A project management SaaS platform. The placement is smart, considering the target audience are businesses and teams - who likely use the tube to commute. These ads show how their team management platform work whilst disclosing their discontent with the current prime minister and governing party.

This ad which lampoons Boris for being yet another prime minister to have attended the posh, all-boys school, Eton College is particularly memorable.

Not content with digs at BoJo, Monday show a list of tasks under the heading “Locate Correct Exit” with The European Union still being marked as “incomplete” after 3 years. Very good.

Using not-so-subtle political references in their ads, Monday.com make them topical and unique, and ultimately a very clever piece of marketing.

Is There A Future For Politics In Marketing?

It seems that people are becoming more opinionated and in these divisive times are more willing to share their opinions, and have social media and myriad other tools to do just that. This means that brands wading into the space need to be more conscious than ever, as one wrong move which in the past might have been transient or fleeting, could stick with them on the internet forever.

But with the political landscape continuing to heat up, it almost seems given that brands are going to want to play in this space and try and win hearts and minds with the right messaging and creative – which Burger King and Monday have clearly done, and done right.

In large part marketing is keeping your finger on the pulse, staying current to best target consumers in the now – and politics is just one more way to do that, and why should companies tip toe around important topical politics to try and please everyone? As long as they ultimately end up increasing brand equity – and have done the requisite calculations and predictions to ascertain if a move might hurt them – then these moves will pay off in the long run. And besides, it’s all just a bit of fun really isn’t it? With 2020 around the corner, watch this space as companies capitalise on the big issues surrounding the UK and beyond, it’s going to be a wild ride.