Home / Blog / Are You #fooddancing to Sainsbury's New Campaign?

Are You #fooddancing to Sainsbury's New Campaign? 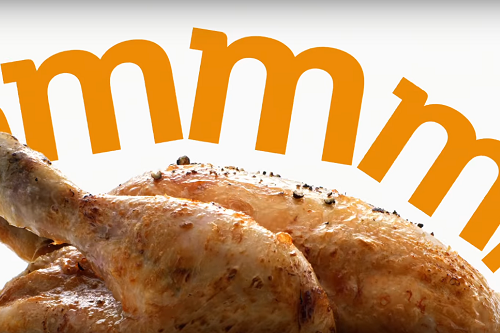 Retailer and overall Jamie Oliver super fans Sainsbury’s have this week launched its energetic new marketing campaign which has been described as a “step change” in its advertising strategy. Check out the ad spot below:

Aimed clearly at the Gogglebox generation, the video features a bunch of different people cooking and dancing joyfully with Sainsbury’s foods in their own kitchens. It’s no Jigsaw-Falling-Into-Place, but what is? The spot is filmed in black and while, with only the food and the iconic orange Sainsbury’s carrier bag (sorry, Bag for Life: this is 2017, after all). The ad ends with the phrase ‘#fooddancing is living well.’

It’s clear to us that this marks a real departure from Sainsbury’s previous efforts. The campaign is more multichannel than any before from the grocer with new agency Eieden & Kennedy (replacing Abbott Mead Vickers BBDO after 35 years – yikes!) using the video as the jumping off point for a social media campaign.

But it doesn’t stop there. The song that was commissioned specifically for the ad will be released on Spotify, 20GIFs will be added to Giphy, there will be a longer music video, press, out of home, in-store and direct marketing materials surrounding the main campaign, too. Perhaps most impressively, Sainsbury’s is also creating the first Spotify Branded Moments sponsorship in the UK, sponsoring the “UK Dinner” playlist.

Sainsbury’s director of marketing planning and propositions, Mark Given, said the work was "the most interactive campaign we’ve ever done" and said it marked a "step change" in the supermarket’s advertising.

He said: "We’ve been sharpening our strategy for the past six to nine months… We wanted to find a distinctive way of talking about food."

We like the concept, helping the brand to stand out at a time where consumers’ attention is at saturation point. the tree’s Head of Content and Director Edward Fraser said “Sainsbury’s are wise to challenge what it means to make a food advert in 2017. The move to a more aggressive multichannel approach is smart given that now more than ever, audiences consume media through a diverse array of channels, at different times. Ultimately though, I’m just glad that Sainsbury’s didn’t come to my house and record me dancing. Anybody who knows me will tell you that would have decreased sales”.